Lyme Disease and its Effect on the Immune System

The immune system must be compromised at some point to allow Lyme pathogens to enter your brain and body. The most common suppressant that individuals encounter is environmental toxins; specifically, mycotoxins which are the toxins produced by mold species. Mycotoxins (black mold toxins) enter the body through inhalation which is the most potent route to the brain, and individuals with positive HLA genetics (HLA-DRB-DBQ) automatically store toxins in their brain and bodies because of they can’t release the accumulated toxins.

The body’s defense system which consist of white blood cells, cytokines and natural killer cells can’t handle the onslaught of mold toxins and thus start to shut down. Without the ability to rid the body of these toxins, the immune system stays in a prolonged compromised state, which allows entry of deadly bacteria as well as pathogens such as Lyme disease, babesia, and bartonella. It’s been proven that Lyme pathogens can crawl into the brain within twelve hours after entering a compromised body which now makes this a disease of the body and a disease of the brain, which is much worse.

Most individuals are unaware of the Lyme pathogen infection because only ten percent of infected Lyme disease patients receive the classic “bullseye” rash. Many can’t even remember getting bit by a tick. Doctors usually prescribe antibiotics to treat Lyme pathogens because it may be the only way they’re permitted to treat the disease. Studies show that Lyme disease is treatable only if caught within the first two weeks of the infection. Antibiotics are useless if treated after the initial two weeks and since most individuals are unaware of the infection, most doctor’s antibiotic treatment protocols are useless, and sometimes dangerous. Lyme disease patients need a different type of treatment program that employs All Natural (amino acids, vitamins & minerals) IV Therapy which will heal and restore an individual’s biochemical deficiencies. Lifestyle Healing Institute® heals neurological Lyme symptoms quickly, safely and without prescription medications.

A biofilm is a polysaccharide extracellular matrix that forms when a fluid is flowing past a solid. Infectious diseases like Lyme disease will always build a biofilm. Most of us are familiar with common biofilms such as dental plaque and the layering that forms around all medical implants; however, most individuals and their physicians are unaware of the association between Lyme disease and biofilm.

Think of a biofilm as the “castle or fort” that all pathogens build so they can survive on their host (which is you!). After pathogens enter the bloodstream, they flow freely against the side walls of the arteries, veins and capillaries. Because bacteria do not want to flow freely within the bloodstream, they settle down for good which leads to the production of biofilm. 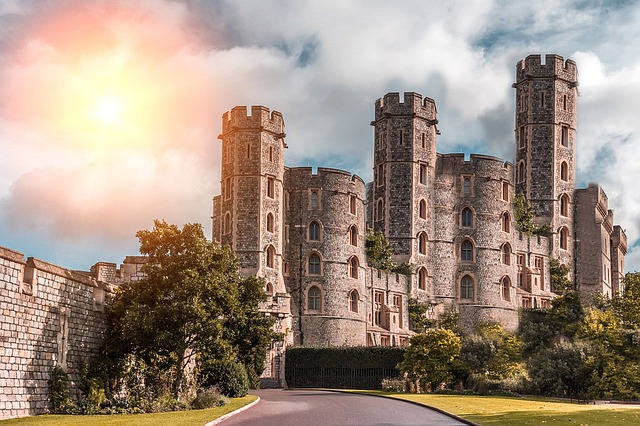 Most people think only pathogens like Lyme or bartonella build biofilms; however, mycotoxins and candida build biofilms as well. Biofilms will continue to build in the bloodstream and roam freely in the brain and body. The immune system recognizes biofilms as invaders and sends macrophages (white blood cells) to attack them; however, since our body’s defense system is shut down, this becomes useless and can cause macrophage-induced death. This will cause enormous harm to the brain and body. Breaking up biofilms will cause a Herx effect (die-off) which usually creates more havoc to an already compromised immune system. Administering antibiotics is the most common treatment; however, antibiotics cannot fully penetrate biofilm, causing all antibiotic treatment protocols to be useless and possibly dangerous (refer to the American Association of Quantum Medicine and the University of California at Berkeley). Biofilms are nearly one thousand times more resistant to antibiotics when compared to “free flowing” bacteria. Because biofilms are living organisms, they don’t want to die, so they protect themselves while doing everything possible to prevent their possible demise. They adapt to the onslaught by becoming more resistant to antibiotic therapy. As previously mentioned, antibiotics are only effective when they are in direct contact with bacterial and pathogenic infections. This isn’t the case in any biofilm producing diseases, especially in Lyme disease.

Sometimes physicians attempt to starve the biofilm from its primary nutrients such as magnesium (responsible for over two thousand chemical reactions), by not supplying the body what it requires. Since biofilms use their host for energy, they are quite adaptable and this method doesn’t help eradicate them. Biofilm detachment is a natural occurrence, however, when in survival mode, the biofilm will detach and reattach elsewhere, wherever it can find what it needs for survival. Not only does it not eradicate the biofilm, it causes the biofilm to morph into other biofilms as it harms your body by depriving it of necessary and vital nutrients.

The biofilm life cycle illustrated in three steps: initial attachment events, the growth of complex biofilms, and detachment events by clumps of bacteria or by a ‘swarming’ phenomenon within the interior of bacterial clusters, resulting in so-called ‘seeding dispersal.’

Biofilms are much smarter than people realize and when under attack, they will do whatever it takes to survive, including adapting through mutation. This is quite common for pathogens and bacteria, but it’s mainly unknown what happens to a biofilm during antibiotic treatment. When treated with antibiotics, it was proven that the same Lyme pathogen mutated into two different biofilm mutations from the same pathogen (see – Bacteria Harbor Secret Weapons Against Antibiotics). The first mutation stayed put and became stronger and stronger, while the second mutation was much more resilient and much more frightening. The pathogen mutated by stealing a piece of DNA from the first virus but the scary part was this mutation no longer need its protective biofilm to survive. We’re just beginning to understand the correlation between infectious diseases like Lyme disease and medical biofilms.

The gut-brain connection is well known in the medical and scientific community. Lyme pathogens usually begin to attack the gut lining after they infect the body. The body’s absorption of vital nutrients will become compromised without the gut lining protection which also allows pathogens and nutrients to leak past the lining and go directly into the bloodstream. Once in the bloodstream, the unwanted materials begin to accumulate and the body’s natural antibodies in the immune system begin to attack them as invaders. The body’s brain chemistry becomes imbalanced as toxins move toward the brain. Then the brain’s neurotransmitters will respond by increasing activity in the cells, thus causing excess electricity to run unhinged throughout the brain and body.

The primary neurotransmitters affected by Lyme pathogens include glutamate, epinephrine. histamine and norepinephrine. Glutamate elevation causes calcium influx into the cell. Calcium mediates the electricity sent from cell to cell and thus when mold toxins and Lyme pathogens cause glutamate to rise throughout the entire body, it causes massive bursts of electricity that are continually sent through the brain and body causing the entire bodily system to become over electrified. As brain electricity increases, inhibitory (calming) chemicals naturally increase as they attempt to balance the new onslaught of excessive electricity. Along with GABA, taurine and serotonin also rise to try and balance the excess glutamate and histamine. Symptoms from an over electrified and overactive brain include insomnia, anxiety, chronic pain and fibromyalgia. Increased histamine will cause joints to swell which will cause massive joint and body pain which can be localized or spread throughout the body (fibromyalgia). 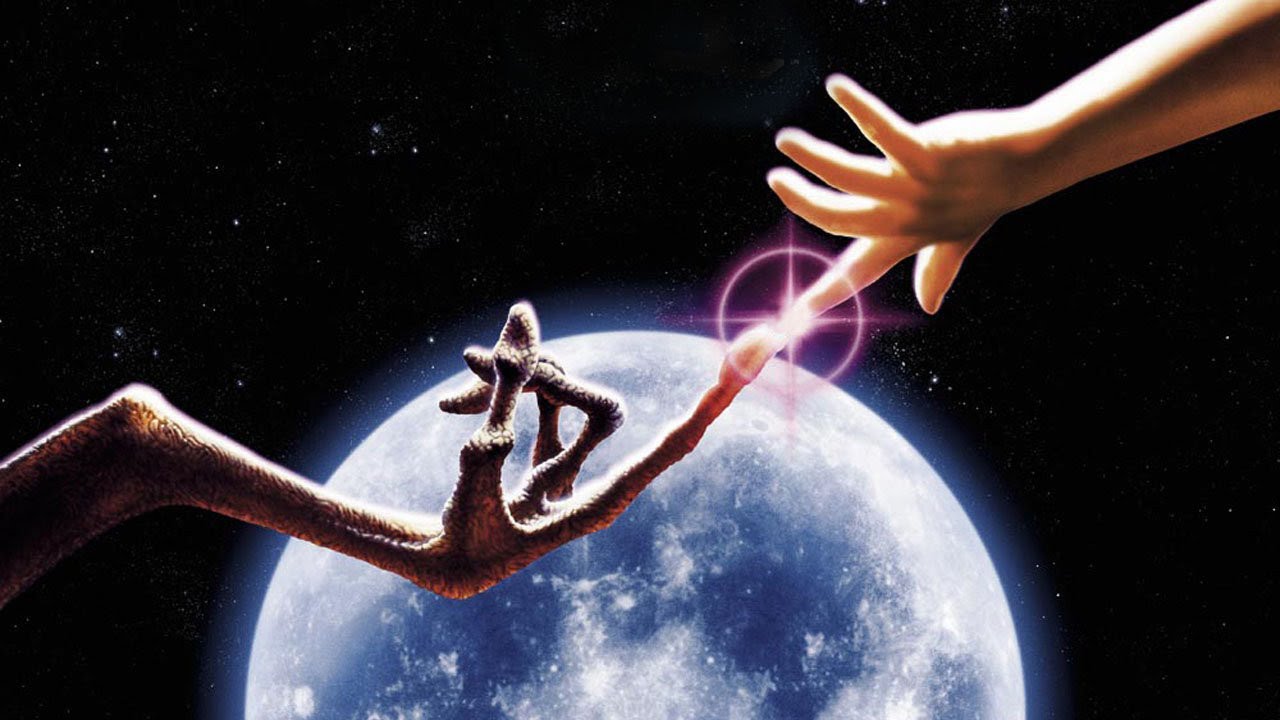 As the blood pathways becomes clogged with biofilm producing species (Lyme and mold toxins), the capillaries and other blood transport systems become compromised. As the blood clotting persists the blood vessels will contract easily which cause headaches, migraines, and increases in blood pressure and heart rate. Pathogens such as babesia can crawl inside the red blood cells (as with Malaria) which causes cells to expand making it more difficult to keep the body’s blood pressure and heart rate under control.

Neurotoxins can attack the brain’s protective shield, the myelin sheath, which causes many neurological problems. When the myelin sheath is compromised, the body can show symptoms like migraines and severe body pain and possibly escalate to Alzheimer’s disease and Multiple Sclerosis (MS). The brain is an electrical organ which relies on neurons to “jump” from synapse to synapse sending precise messages to the brain and eventually ending at the body. The myelin sheath is the electrical insulation which is vital and critical in going from synapse to synapse.

The myelin sheath acts as shields in the brain as it protects neurons from damage and compromised cell to cell communication among the cells in the brain. If damaged, communication among neurons slows drastically which results in serious mobility and body pain conditions like fibromyalgia and neurodegenerative diseases such as Parkinson’s disease, Multiple Sclerosis (MS) and Alzheimer’s disease.

Mold toxins shut down the immune system which allows entry of Lyme disease and many others dangerous and unwanted pathogens. These toxins can suppress many hormones causing numerous ailments in the brain and body. Pathogens can also cause an imbalance in hormones; however, their potency is less toxic than mycotoxins which are the most destructive and their effect must be addressed and treated immediately.

The Herxheimer reaction (HX) occurs when there’s an attack on any pathogen or bacteria in the body and this reaction is worse when there’s an attack on any biofilm producing species. An HX occurs when pathogens release deadly toxins causing increases in electricity and toxicity in the brain and body. This devastating effect must be treated and all toxins must be removed initially before any restoration to the body and brain will occur. Lifestyle Healing’s Patented All Natural IV therapy consisting of amino acids, minerals and vitamins properly restores the brain and body back to their optimal potential safely, quickly and without prescription medications.

If our Patented protocol is administered properly, many individual’s hormones are restored to their optimal levels without any destructive die-off effects. Restorative hormonal therapy is most difficult to achieve if the body still has the presence of environmental toxins.