Lyme Depression – Is It Affecting You?

Is there such a term as Lyme Depression? Everyone has heard of depression, but how many have heard of depression caused by Lyme disease. A large percentage of individuals with Lyme disease that come to Lifestyle Healing have many severe symptoms of depression. But did Lyme cause this depression? Or is it part of many symptoms that individuals experience under the umbrella of their Lyme disease diagnosis. When treating depression, psychiatrists are very quick to hand out all kinds of medications. Often, the drugs only slightly alleviate symptoms and none of them ever address the true cause. A recent study finds that many individuals who are prescribed antidepressant medications may not actually have a depressive disorder. According to the research, among the users of antidepressant medications, 69 percent never met the diagnostic criteria for major depressive disorder (MDD), and 38 percent also never met those for obsessive-compulsive disorder, panic disorder, social phobia, or generalized anxiety disorder – for which the antidepressant medications are sometimes prescribed.

Research reveals that almost 60 percent of adults in the United States are taking prescription drugs and more people are taking five or more drugs at one time. In 1999, 8.2 percent of adults took five drugs at once and in 2011 it increased to 15 percent. More people are also taking antidepressants and acid reflux medications at the same time. http://www.nbcnews.com/health/health-news/more-americans-ever-use-prescription-drugs-n456831

Pharmaceutical giants who produce psychiatric drugs like Zoloft, Prozac and Paxil spend almost $2.4 billion dollars per year on television advertising, because they don’t want people linking SSRI’s to violence. In virtually every major shooting disaster, the individual was said to have taken some form of a SSRI or other pharmaceutical drug at the time of their attack. The SSRI Stories website show examples of violent episodes that have been committed by individuals on psychiatric drugs over the past three decades. 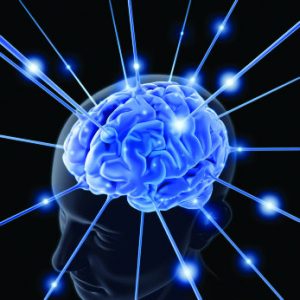 Many physicians are too stubborn to learn and continue to evolve and possibly begin to understand that depression also comes from an imbalance in brain chemistry. Doctors focus on one or two brain chemicals and fail to understand the total picture; let alone the hormonal, nutritional and environmental toxin factors that most disorders possess. Medical philosophies haven’t changed since the creation of medicine itself – always stemming from symptom based diagnoses. So, tell me how a doctor can prescribe a powerful psychiatric medication to a 2-year-old. What symptom can a 2-year-old manifest that justifies prescribing an adult drug that has no published proof of being effective in infants. https://www.nytimes.com/2015/12/11/us/psychiatric-drugs-are-being-prescribed-to-infants.html?_r=0

Why not try an all natural supplement that seems to show similar results to prescribed medications? In a study done and published in 2013, a curcumin complex showed remarkable outcomes in depressed individuals. Curcumin has shown to target depression by increasing levels of key neurotransmitters – serotonin, norepinephrine and dopamine. http://www.lifeextension.com/Magazine/2014/6/A-New-Way-To-Manage-Depression-Without-Drugs/Page-01

With the vast amount of scientific testing available today, Lifestyle Healing Institute can finally change this trend. As with many other disorders, the brain and body must function on the same page simultaneously. In terms of net brain activity, depression tends to be a disorder involving an underactive brain. Our natural healing therapy focuses on multiple mechanisms that address depression from numerous angles. Our therapy works best with individuals that manifest depression because of other health issues. Joint pain, insomnia, fatigue and many other factors often contribute to an individual’s depressive mood. When the other symptoms are addressed and start to subside, then so does the depression. If the depression is more from a clinical side of origin, then it tends to be more difficult to treat.