Yoga & Lyme Disease – Can It Help My Symptoms? 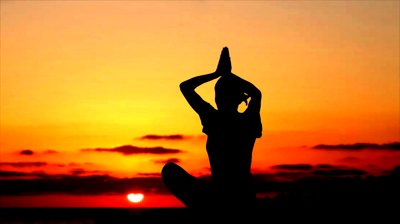 A few months ago, I decided to go back into the yoga world after a ten or fifteen-year hiatus. When I went to a class at my local gym, I was amazed with the instructor’s ability to teach three or four different levels of yoga at the same time, in the same class with approximately 30 different people in attendance. As the class progressed, he kept referring to how are “yoga saved his life”. I had no idea what he was talking about, until a few weeks later when a few people from different walks of life told me stories about this particular instructor. They told me that he was teaching yoga classes all the time in different locations and then unexpectedly; he disappeared.

Yoga Instructor Bit By A Tick

Everyone thought something happened to him but no one knew the real story. So, when I approached this Caribbean born yoga instructor the other day, he told me what happened. In October of last year which is 10 months ago, he was bit by a tick. He had no idea what it was and it bit him right above his wrist on the palm of his hand. He pulled it out and didn’t think anything of it, until a week later when his whole body started to shut down. He had no idea what was happening – he couldn’t eat, he couldn’t sleep and eventually ended up spending eight days in the hospital. The doctors finally said “we know you’re very sick, but we don’t know what to do to get you better. He went home alone and tried to survive by himself. He didn’t call his family because he didn’t want them to worry (they had problems of their own) and he slowly deteriorated to the point where he couldn’t even walk. No came to visit, so no one knew what was happening to him. He slowly got worse and worse as his hair started to fall out and his weight dropped like a stone. Then after a few months a few of his yoga students, start to ask him where he was and why haven’t they seen him. So finally, he sent a picture of himself to one of them, and when they saw what he looked like, everyone started to show their enormous support for him. But mostly they wanted him to come back and teach. 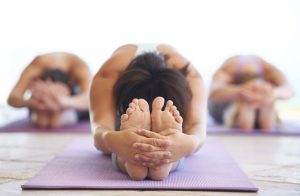 But he couldn’t even walk, never mind teach. He laid down on the floor of the yoga studio the other day and showed me how he got around his apartment. He would have to crawl with his arms from room to room. Then, he decided to get back to his yoga class. They wanted his energy; not his physical abilities, so he just talked his way through the classes as he stood in one single pose at a time. He slowly built himself back, but it wasn’t easy. He started teaching yoga to 80-year-olds because that’s all he could do. Then he went to swimming yoga classes and taught there because it didn’t reveal that he could only a minimal amount of yoga poses for Lyme disease. And slowly but surely, he gained his strength back to the point that he’s able to teach once again, almost like he used to.

When he mentioned how yoga saved his life, I wasn’t quite sure how – until I attended his class a few months back. He’s doing everything he used to do and it’s seemingly hard to believe that six months ago he could only crawl on the floor and now he’s back to where he was. He showed me his hands the other day and you can see the arthritis throughout the fingers. He still is all kinds of pain, but works through it. I’ve never seen anything like it, however I’ve only seen the end result. I wish I knew him before during and after his tick bite. So, can yoga cure Lyme disease? Maybe not cure it but it can certainly build the body back again.